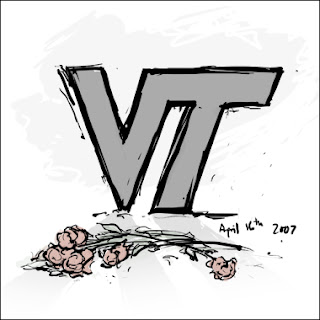 As of 3:00 pm this afternoon, Virginia Tech reported that an officer had been shot dead on campus during a routine traffic stop, and that the shooter fled on foot and then appeared to have shot and killed a second person.

In my blog posting "More tears at Virginia Tech" written in January of this year, I was aghast to learn that this venerable school and tight-knit campus had suffered through a string of gruesome murders since that infamous and horrific mass slaughter of 32 people in April 2007.

Today's tragic announcement will no doubt once again bring heart-ache to the VT community, and lead many to question how they could possibly endure yet another horrific event.

For Canadians, this sad news from our southern neighbours comes on the heels of Tuesday's  22nd anniversary of the massacre at Montreal's Ecole Polytechnique. We share our grief and prayers with our Virginia Tech colleagues.