A River Runs Through Us All 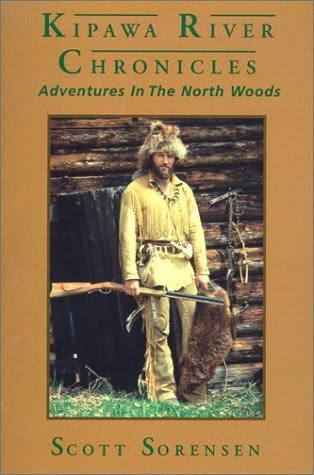 My family has spent at least 25 summers on Lake Kipawa in Quebec. We started going there in August 1980 just after my sister Angela was born. In a rather poetic touch, when her son Kaelan was born in August 2001, Angela brought him up to Kipawa when he was just a couple of weeks old!  There is a precious photo of me holding him and he is staring intently into my eyes.

As a result, I have a deep affection for the area and its people. I understand that my father’s great-great-uncle helped to found a settlement on a remote section of the Kipawa system named Hunter’s Point (aka Wolf Lake). It was during our 20th summer that I came across Scott Sorenson’s moving work Kipawa River Chronicles (1999) during a day trip to the small town of Haileybury (located on the Ontario side of Lake Temiscaming) to visit a friend named Dutt that I had roomed with at Queen's.

What a splendid yarn it is. Mr Sorenson’s writings remind me of the fireside tales of my youth. His narrative is warm, spirited and inviting. He reminisces without the nostalgia that often clouds this kind of memoir. No doubt, there is a bitterseet tone at times;largely the result of the failure of vision by outsiders to understand the Kipawa. Mostly, this is a passionate ode to a very special river.

This work is a clarion call for a way of thinking and engaging with our rivers. This is most certainly not limited to the Kipawa. Sorenson’s "battle" is happening across the world. And it is also occuring in the climbing, surfing, fishing, and mountaineering communities. What is most rewarding in this work is its commitment to a positive environmental ethic. Sorenson is not merely waxing romantic about a place he called home for many years. The fight to preserve our rivers sits as a smaller piece in a greater story and struggle.

Along the way, we meet a cast of unique characters that certainly must be endemic only to the Kipawa region. We learn of personal victories and profound tragedy. The lessons of understanding a river come into play over and over again. Those who paddle should have the respect a river deserves. Those who don’t often suffer the grave results. As such, the Kipawa may serve as metaphor for one’s approach to life, to others and, even, to oneself.

The near-north region of Ontario and Quebec exhudes a wondrous pull on all those who visit. Still, you don’t need to have been anywhere near it to appreciate the kind of passion Sorenson has for the Kipawa and its place in the world.

Apparently, recent proposed developments threatens the health and wellness of Kipawa. A group of concerned citizens have started a campaign called Save Kipawa Lake. It's also worth reading, and acting upon.
Posted by Unknown at 10:41 a.m.