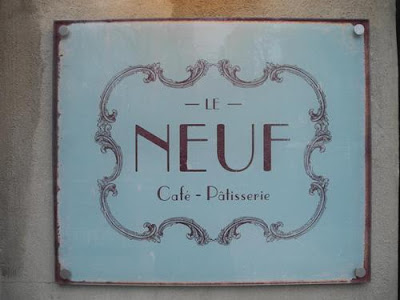 We awoke late on the Saturday of the long weekend, and strolled over to relatively new Le Neuf Cafe, which is a little taste of Paris. We both enjoyed the Eggs Benidicto as we sat in their giant bay window overlooking Clarence Square Park. The cafe is in a 19th century townhouse that is part of Clarence Square Terrace, built in 1879-1880. The food, the service, and atmosphere evoke a slice of a true French cafe experience. Lovely.

We then hit the pavement and walked all the way over to the Design District on King Street East to check out the stores and, finally, to purchase a reclaimed teak coffee table at EQ3 we have been coveting for a month or so.  While they had one in stock it was in their adjacent warehouse and we could not pick it up until 3:30 so we found ourselves with having to kill 3 hours.

We decided to stroll over to nearby St. Lawrence Market. Mark got a dozen Montreal-style bagels at St. Urbain Bakery and I got a pound of Kenya AA coffee at Luba's Coffee Boutique, both on the upper level of the south building. We then continued our window shopping of the amazing furniture stores along King East and then decided to go for a well-deserved break--and beer--at the locally beloved dive bar and watering hole Betty's. To say this place has character is an understatement. I wish we had gone with a group of friends. Mark had a pint of Hoegaarden  while I supported Quebec with a pint of Blanche de Chambly.

After a good chat and relaxing for an hour we headed back over to EQ3 to pick up our package, stuffed it in the trunk of a cab and brought it home to unwrap, assemble, and proudly display. It's gorgeous and, whew, it's obvious this is no particle board (i.e. glued sawdust) number.  Beautiful!
Posted by Unknown at 10:32 a.m.