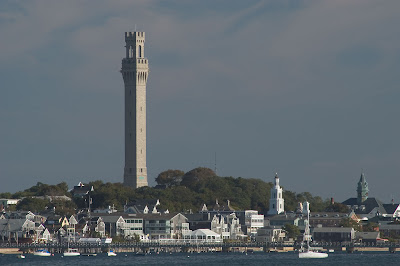 If you're fond of sand dunes and salty air
Quaint little villages here and there
(You're sure)You're sure to fall in love with old Cape Cod
(Cape Cod, that old Cape Cod)

I am so excited to share that we have just booked a beautiful apartment in a 162 year-old classic shingled Cape Cod house in fabulous Provincetown for a week of serious chilling out.

P'town is located at the tip of Cape Cod (check out this awesome aerial shot) and it was where the Pilgrims first landed the Mayflower in 1620 before ending up at Plymouth. P'town has been the premiere U.S. gay resort town since the 1970s (although gay and lesbian folks starting flocking to P'town in the 1920s). As gay author Reed Woodhouse has written, “To such an extent that Provincetown is, for anything, known for us, known for being one of the two or three places on the continent where gay people can be seen in something like their native habitat. It is one of our hometowns.”

Equally important, P'town is America's oldest continuous artists' colony-- I am sure the two are strongly linked--and there is also a thriving Portuguese community as well, due to immigration in settlement in the area in the 19th century.

We were last in Provincetown in July 2008. I wrote about that trip on this very blog. I can't believe it's already been four years (well, we did have that wedding and honeymoon thingy in 2009). We loved Cape Cod; it's easy pace, the quality of the light, the ocean breezes, the warmth of people and the sun's rays. P'town is especially lovely, as a safe haven for LGBT folks to wander about hand-in-hand. Its main drag, picturesque Commercial Street, has everything you need in terms of boutiques of all kinds and its east end is packed with galleries. The whole place is ringed with gorgeous beaches. What more could you want?