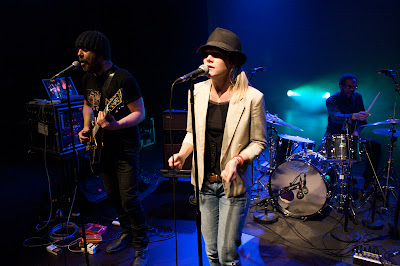 One of my favourite songs is called "Ring the Alarm" as it showcases each person's great talents so well.  Fans of Lanois will quickly recognize his signature guitar sound and production, recently so well crafted on Neil Young's album Le Noise (check out stand out song "Walk With Me".)