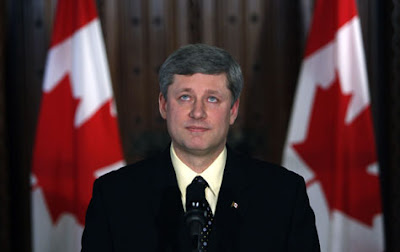 On the heels of the stunning news that the U.S. had captured its infamous public enemy, Canadian voters have delivered a startling and history-making federal election.

Conservative leader Stephen Harper will once again be eligible to form the federal government, this time with a comfortable majority of 165 seats (won or leading at time of writing). After two back-to-back minority governments, Harper is no doubt pleased with what appears to be a decisive mandate from the Canadian electorate.

A closer look at the percentage of vote reveals that just shy of 40% of voters chose a Conservative candidate for Parliament. Or, put another way, 60% of electors did not vote for the Conservatives. The lion's share of the progressive/centrist vote was split between the NDP (31%) and the Liberal (19%) candidates.

The Conservatives gained an additional 22 seats within the 40% of votes. The majority win for Harper was partly a result of the design of the federal electoral process and partly a result in the massive shift in seats from the Liberals, which lost 42 seats, and the NDP, which gained 66 seats.

Perhaps the most shocking result was the near extinction of the Bloc Quebecois, including its leader losing his seat. The Bloc is decimated to just 3 seats, losing official party status. Most of their seats went to the NDP. Gilles Duceppe conceded defeat and announced that he would be stepping down.

Next in line for mass casualties was the Liberal Party, whose leader clearly was unable to connect with Canadians. For the first time since Confederation (1867) the Liberal Party will neither be the Government or Her Majesty's Oppposition. It is a resounding and shocking defeat. To add further indignity, Ignatieff also lost his seat but surprisingly did not announce his resignation. His critics will no doubt see this as evidence of hubris.

Two  well-known Liberals kept their seats: Bob Rae and Justin Trudeau. Both men carry the double-edge weight of history. Rae is the former much-aligned NDP premier of Ontario and Trudeau is the son of the late Pierre Trudeau, former Prime Minister.

The runaway train that is the NDP will form Her Majesty's Oppposition, the first time in the party's history. The NDP gained massive support in Quebec and was able to pull enough seats from the Bloc and the Liberals to win 103 seats and thus enable Jack Layton, long the progressive voice, to finally serve as the leader of the Opposition. This is a stellar accomplishment for Mr Layton.

Last but not least, Elizabeth May won a seat in the House of Commons, the first for the Green Party. The leader of the Green Party will finally will be heading to Ottawa and may well be included in the TV debate the next time around.

UPDATE: Ignatieff announced his intention to resign as leader of the Liberal Party at 10:00 ET on May 3/
Posted by Unknown at 12:29 a.m.