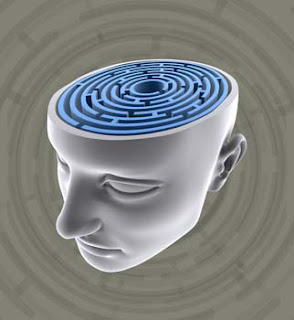 2010 was a banner year for Leonardo DiCaprio as his two movies, "Shutter Island" and "Inception" grossed over $1-billion. The latter, buoyed by the built-in audience of auteur-de-jour Christopher Nolan, was celebrated as the next "Matrix" and pulled in the lion's share of revenues.

For all of the impressive editing, special effects, and solid direction of each film, both have a remarkably similar and poignant tension at their hearts: the failure of the protagonist to deal with the death of his wife.

DiCaprio's Teddy ("Shutter Island") and Dom ("Inception") are each shackled by their subconcious, unable to work through conflicting feelings about the nature and cause of the death of their wife. In each film the protagonist goes on a constructed journey through layers of memory and imagined pasts to get to the truth.

Both films also end with striking similarities: Teddy appears to understand his reality but chooses to stay in the fantasy and Dom appears to choose to stay in limbo. Guilt, grief, pain, and denial are key motivators for Teddy and Dom. Both men yearn to return to their lost children but, in the end, are unable to face the truth about their roles in the destruction of their real lives.
Posted by Unknown at 6:09 p.m.