The day the movies died 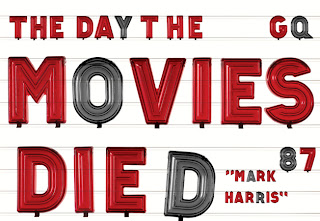 In GQ, writer Mark Harris dissects the movie industry's decline; from the erosion of actors (and even movie stars) to the elevation of marketers; from the decline of auteurs to the rise of the MBA decision-makers. For all of the talk about glamour and glitz of Hollywood Harris reminds us that showbiz is business first and foremost, far and above artistic concerns. Brands, he argues, have replaced ideas.