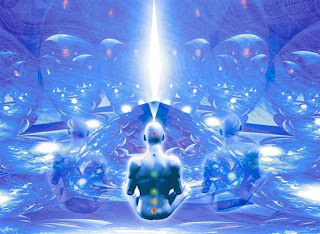 Thought I would share some songs that are the kind of gems that take me out of myself and put me elsewhere...You know, the songs that take me on a journey when I listen to them. There are fewer of such songs amidst the cacophony of graffiti that passes for music these days. I encourage you to get comfortable, lower the lights and put on your head phones. No, not those ridiculous ear things that come with iPods. I mean real head phones...the kind that make you look like Episode IV Princess Lea. You know what I am talking about. So lay yourself down with those clunky suckers and enjoy some songs to take you out of yourself....

"Vervaceous" by James
I have every James album in my collection. James formed in 1982 in Manchester and you probably know them from "Laid", their 1993 college radio hit. "Vervaceous" is a different beast altogether. This awesome live version really launches around the 3:10 mark.

"Take it Back" by Pink Floyd.
You have to hand it to Pink Floyd. They owned spectacle rock and put on a show like no one else. With the creative team of Rogers and Gilmour how could a band not create masterpieces? This live cut features the vastly underrated genius Gilmour doing what he does best. The magic starts immediately and hits its peak beginning around 3:10.

"Half Light II" by Arcade Fire
I drove to Syracuse recently and played this song over and over again most of the way. It breaks my heart every time I hear it, thanks to its melancholic core of saying goodye to the past and perhaps even to the future. It's a stunning song, bigger than the sum of its parts.

"The Message" by Coldplay
This is my favourite Coldplay song, and one I think is highly underrated. When the band kicks in at 1:19 the song takes to the sky, and Martin propels the song upward with his choir boy vocals. Gorgeous!


"The Feeling Begins" by Peter Gabriel
This incredible song is from the soundtrack to The Last Temptation of Christ. Peter Gabriel gathered an astounding group of Middle Eastern musicians to perform on this stellar album. This song is the opening to the record. When those drums start rolling at at 2:55....wow!

"Shanghai" by Free Association/David Holmes
From the incomparable soundtrack to Code 46 this song always takes me away, back to my hotel room in Shanghai, where I remember turning out the lights and sitting on the window sill and just watching the city...

"Where the Streets Have No Name" by U2
Typically it's The Edge's signature opening to this classic song that makes the hair on the back of the neck stand up, but in this stunning live version it's Bono's wailing cries that immediately grab your heart. Bono had buried his father the day before the concert was filmed and he was still very raw. Magnificent!