A spoonful of love 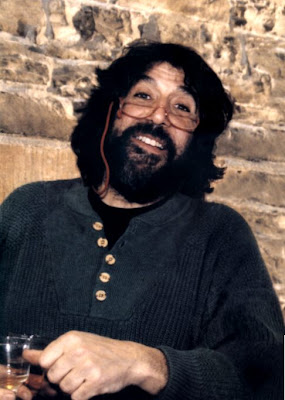 The late Zalman "Zal" Yanovsky (pictured at left) is best known and celebrated worldwide as the guitarist for The Lovin' Spoonful, that great 1960s band known for such hits as "Summer in the City", "Do You Believe in Magic", and "Daydream".

But for Kingstonians, Mr. Yanovsky is the beloved co-founder of Chez Piggy, the city's most celebrated restaurant. Chez Piggy opened in February 1979 and was packed from the start. Tucked away in a courtyard "The Pig", as it is locally known, is such a part of Kingston that life without it would be a lesser life indeed. A meal on the Pig's patio in the summer is a rite of passage, and decades of Kingstonians, RMC cadets, and Queen's students have celebrated life's most important moments amidst the thick stone walls of the 1812 livery stable.

By the early 1990s Yanovsky and his wife, Rose Richardson, realized that there was demand for a bakery to satisfy the restaurant's and their customers' desire for good artisan bread. They launched Pan Chancho in 1994 in a small red-brick store opposite St George's Cathedral. It was a  foodie destination, for great breads, cheeses, and other European style foods.

Pan Chancho was so successful that it was obvious the cramped quarters were not sufficient. The couple found a beauty of a limestone building on lower Princess St that was built in 1833 as a bank. It was vacant after numerous tenants, including a hamburger joint. After a nearly miraculous renovation the new 10,000 square-foot home opened in March 2002. It remains a beacon for regional foodies and is one of the veritable gems of the city.

Tragically, Yanovsky passed away suddenly in December 2002. His beloved Rose succumbed to cancer in March 2005.  I cannot say I knew Zal personally, but I  met him on numerous visits to his businesses and he always left an indelible impression. He was an ebullient and boisterous character, full of life and clearly passionate about food. My impressions of Rose was that she was the quieter but solid presence in his life; the ideal ballast for his exuberance. Together they created some real magic that lives on in these two marvellous entities that house their spirit.
Posted by Unknown at 6:05 p.m.