Saying goodbye to another golden girl 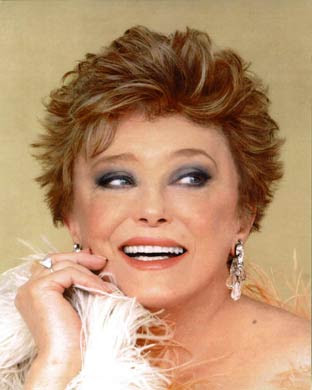 Rue McClanahan (b. Feb 21, 1934) passed away in New York City early this morning following a massive stroke she had suffered on Monday.

While a respected Broadway and Off-Broadway actress in her own right, Ms. McClanahan came to the broader public's attention as first as the late Bea Arthur's best friend in "Maude" (1972-1978) and then most famously as Arthur's man-crazy, Southern belle housemate Blanche Devereaux in "The Golden Girls" (1985-1992).

I absolutely adore "The Golden Girls" and I watch the reruns pretty much on a daily basis, but this is a tough loss and the show is getting more bittersweet to watch. These four consummate professionals had the best timing and sense of comedy and were a joy to behold together.  Despite knowing most of the punch lines I still find myself belly-laughing, bent over in hysterics at the antics of this golden foursome.

Thank you, Ms. McClanahan, for all of the laughs and for your unique charm and grace. May you rest in peace.
Posted by Unknown at 2:37 p.m.