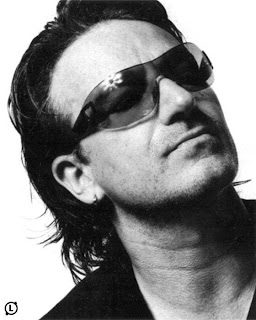 U2 has been forced to postpone their North American tour due to Bono having had emergency back surgery on Friday. The U2360 Tour was supposed to start on June 3 in Salt Lake City but now it looks like Bono will need at least 8 weeks to properly recover.


According to U2.com, "Dr Muller Wohlfahrt confirmed, 'Bono suffered severe compression of the sciatic nerve. On review of his MRI scan, I realized there was a serious tear in the ligament and a herniated disc, and that conservative treatment would not suffice. I recommended Bono have emergency spine surgery with Professor Tonn at Munich's LMU University Hospital on Friday."

Professor Tonn, who carried out the operation, added, "Bono was referred to me by Dr Muller Wohlfahrt late last week with a sudden onset disease. He was already in severe pain with partial paralysis in the lower leg. The ligament surrounding the disc had an 8mm tear and during surgery we discovered fragments of the disc had traveled into the spinal canal. This surgery was the only course of treatment for full recovery and to avoid further paralysis. Bono is now much better, with complete recovery of his motor deficit. The prognosis is excellent but to obtain a sustainable result, he must now enter a period of rehabilitation".

We were set to catch U2 in Montreal on July 16 but now we will just have to wait for a new date in 2011. So be it. I care much more than Bono recovers properly and fully, something that The Edge hinted in a Skype interview may be a challenge for the Energizer-Bono. Here's my heartfelt best wishes to dear Bono that he has a good and full recovery. When ever the time is right I look forward to welcoming my beloved U2 back on the stage.
Posted by Unknown at 11:26 a.m.