The most underrated U2 songs 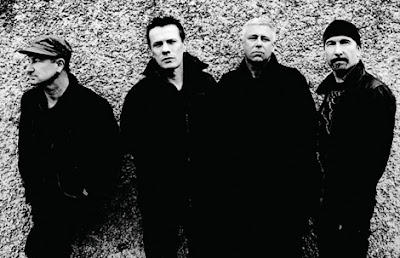 I wanted to return to a subject I love, and that is the music of U2. As they begin their fourth decade as a band (with the same line-up!) I thought I would take a look at their wonderful back catalogue and select the most underrated (or overlooked) U2 songs. Since there were too many to choose from I elected to share the most underrated from each studio album.


Ultraviolet Light (1991)
Hard to be a very good song on what it certainly U2's best album, "Achtung Baby". That outstanding record was chock full of era-defining songs so "Ultraviolet Light" ended up being sadly overlooked by many. It is a testament to the song's quality that U2 brought it back from the dead on their 2009 tour.

A Day Without Me (1980)
Dedicated to the late Ian Curtis of Joy Division, this song appeared on U2's debut album "Boy". Enjoy vintage The Edge guitar and a soulful lyric delivered from a very young Bono.

Gone (1997)
This song appeared on U2's most maligned album, "Pop". In fact, I think "Pop" is U2's most underrated album, and "Gone" grabbed me instantly and remains a favourite. So, take a listen and keep reminding yourself that this song is 13 years old. This song was simply way ahead of its time.

Fire (1981)
In 1981 U2 released their sophomore album, "October", and nobody knew what to make of it. After "Pop" it's certainly U2's most underrated album. I happen to believe that it is U2's most sonically cohesive album, and it has some gorgeous melodies. "Fire" was forgotten by all but the oldest fans, and we're gonna bring it back.

Heartland (1988)
Gorgeous. Simply effing gorgeous. Completely overlooked diamond on the "Rattle and Hum" double album. A paean to middle America of the 1980s.

Wire (1984)
This is a little gem on "The Unforgettable Fire" that got lost in the global frenzy for "Pride" and "Bad" thanks to the Conspiracy of Hope tour and Live Aid spectacle. It comes in with a whisper and leaves with a bang.

Original of the Species (2004)
From "How to Dismantle an Atomic Bomb" I will frequently catch myself singing the unforgettable chorus. Written for the band's daughters it is a personal and moving song.

Drowning Man (1983)
This song on "War" was completely buried under the rubble thanks to "Sunday Bloody Sunday" and "New Year's Day". I happen to think that "War" is U2's most overrated album (yes, you read that correctly) which makes the fact that this song was never heard again an even greater tragedy. "Drowning Man" is highly sophisticated and a complex piece, made extra special by some lovely strings.

Mothers of the Disappeared (1987)
This song closes U2's most beloved album, "The Joshua Tree". And yet, for all of the attention and play this magnificent album still gets, most of the light shines on the first three songs. This is one of the most beautiful and poignant songs the band has ever composed. The last half of the song just takes you somewhere else.

When I Look at the World (2000)
I was sad that this song on "All That You Can't Leave Behind" got no radio play. Perhaps it might be a tad U2-by-numbers but maybe that's not a bad thing. I like not just the sound but the almost resigned lyric, uncommon for Bono. Buried under the glum is a spark of hope.

Dirty Day (1993)
U2 recorded "Zooropa" during and just after their groundbreaking ZOO TV tour. It was meant to be a smaller EP for fans but became a full LP. Amidst the wonderful noise was this treat of a song. It was later reinterpreted live to great effect but I remain fond of the studio cut.

Stand Up Comedy (2009)
For all those who think U2 has morphed into a adult contemporary act, check out this song from "No Line on the Horizon" where The Edge channels the ghosts of classic '70s rock past and blows up the amps. I am still shocked that this was not played on the 2009 tour.