The plane's the thing 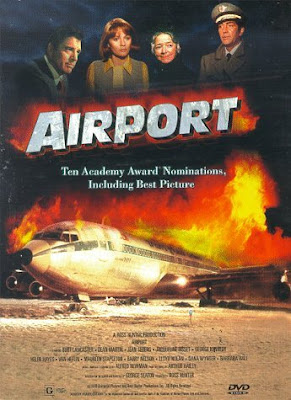 I absolutely love anything to do with air travel. I love airports, airport lounges, airport bars, etc. So with the news that Boeing is launching its new 787 Dreamliner tomorrow it got me thinking, oddly enough, about another related love of mine, the airplane disaster movie.

Now these two loves should be incongruous. For some reason I have always loved the sub-genre of disaster flicks that is the airplane drama.

Here is my list of the best airplane disaster/drama movies:

"Flight Plan" (2005)
The tension in this movie is almost unbearable, as Jodi Foster tries to figure out if her daughter is missing somewhere on the plane or whether or not she is actually travelling alone. A real nail-biter.

"Die Hard 2" (1990)
Bruce Willis returns as the indefatigable "John McClane" who gets caught up in a plot by a band of mercenaries who take over Dulles Airport in Washington, DC.

"Air Force One" (1997)
Harrison Ford does what he does best as a U.S. president who takes matters into his own hands when a terrorist cell takes over Air Force One.

"Passenger 57" (1992)
Wesley Snipes is a cop who takes on a terrorist on a domestic flight.

"Con Air" (1997)
Nicholas Cage and John Cusack take on convicts who have taken over a plane transporting them.

"Snakes on a Plane" (2006)
Samuel L. Jackson unintentionally lampoons himself as he portrays a FBI agent transporting a witness for the prosecution who has to battle a plane full of poisonous snakes. Yes, it's terrible but it's a riot and some of the best fun to be had within the genre.

"Airplane!" (1980)
This movie is actually a hilarious spoof of the movie "Zero Hour!" (1957) and ranks #10 on the American Film Institute's list of best American comedies. It is packed with politically incorrect humour, slapstick, and perfectly-timed deadpan performances from veteran dramatic actors Lloyd Bridges, Peter Graves, Robert Stack, and Leslie Nielson.