With sadness and tears... 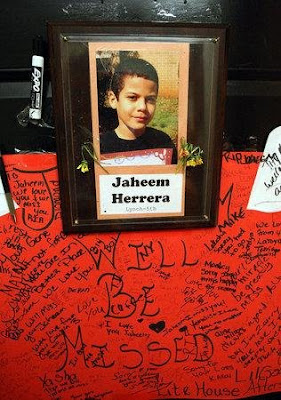 11-year-old Jaheem Herrera committed suicide last week. This little boy hanged himself at his home after, according to his family, relentless anti-gay bullying at his elementary school. 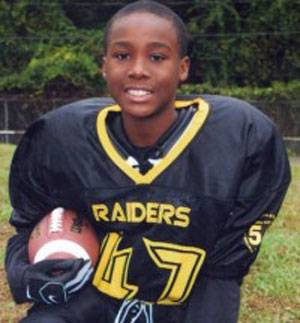 11-year-old Massachusetts boy, Carl Joseph Walker-Hoover, hung himself at home two weeks ago, after enduring bullying at school, including daily taunts of being gay.

Two of the top three reasons students said their peers were most often bullied at school were actual or perceived sexual orientation and gender expression, according to "From Teasing to Torment: School Climate in America", a 2005 report by GLSEN and Harris Interactive. The top reason was physical appearance.

"As was the case with Carl, you do not have to identify as gay to be attacked with anti-LGBT language," Byard said. "From their earliest years on the school playground, students learn to use anti-LGBT language as the ultimate weapon to degrade their peers. In many cases, schools and teachers either ignore the behavior or don’t know how to intervene."

Regardless of your views on LGBT people, this is unacceptable and horribly tragic. There is no moral, religious, or ethical argument that can condone the bullying of children by other children for perceived differences. Ignorance and bigotry are taught and passed down to children. We destroy the meaning of family when we teach that others are less deserving of our respect, and less deserving of equal standing in our community.