Reviews Are Pouring Over the Horizon 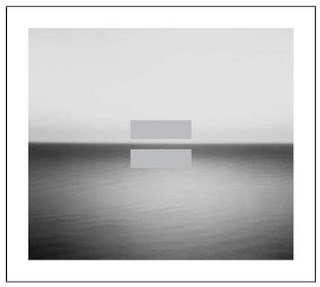 U2's forthcoming album, "No Line on the Horizon" is out worldwide on 2 March. I've been scouring the net for reviews and here's what the critics have to say:

“It is a great record, and greatness is what rock and roll and the world needs right now. From the grittily urgent yet ethereal title track all the way to the philosophically ruminative, spacey coda of ‘Cedars Of Lebanon’ it conjures an extraordinary journey through sound and ideas, a search for soul in a brutal, confusing world, all bound together in narcotic melody and space age pop songs. It certainly sounds like U2 (as do a lot of groups these days) but in its boldest moments is as fresh and ambitious as the work of first timers, not veterans 33 years on the road. But what a place for a band to be, in orbit around their own myth, making music that bounces off the inside of a listeners skull, charged with ideas and emotions, groovy enough to want to dance to, melodic enough to make you sing along, soulful enough to cherish, philosophical enough to inspire, and with so many killer tracks it might as well be a latterday greatest hits. It is, at the very least, an album to speak of in the same breath as their best and what other band of their longevity can boast of that?”

“It's a relief, then, to report that on their 12th album U2 come out of the traps sounding like, well, their old selves…No Line on the Horizon isn't U2's best album. But irrelevant? When four members of a group click and the tape is running, irrelevant doesn't really come into it. And, over 54 minutes, there are enough of those moments to remind you that you write off U2 at your peril.”

“No Line on the Horizon delivers a range of sounds you wouldn't normally associate with one of the biggest stadium rock groups in the world. Throw in a brief homage to '70s rock, a hint of folk music, a touch of otherworldly tones and add some of the longest tracks the band have ever released and what you end up with is an interesting mix of eclectic sounds that promises to dominate radio airplay in the coming months…It's not just another album, it's a multi-faceted offering from a band who are smart enough to understand that every brand needs options. Whatever listening option you choose, this is one album you will be playing over and over again.”

“With this album, U2 have created a work that stylistically refuses to stand still. Even their most virulent critics would have to acknowledge that No Line on the Horizon isn't U2 following the formulaic or easy route. No Line on the Horizon is U2's b... (I almost typed bizarre) best record since Achtung Baby [1991]. The dream team behind the production console -- Brian Eno, Daniel Lanois and Steve Lillywhite -- are to be congratulated on a job well done.”

“This third album in what might fairly be called the "lap of honour" phase of U2's career -- in which they have gleefully inscribed ever-increasing circles around the triumphalist spectacle of their own ongoing medal ceremony -- offers a brutally effective summation of their achievements to date, and something entirely fresh and new at the same time. While every wannabe world-beater from Arcade Fire to the Killers seems to have fixated on the brazen grandstanding of phase two from War to Rattle and Hum), U2 are the only ones with the courage to remember that they moved backwards as well as forwards in that period, becoming not just the biggest band on the planet, but also for a while the most pompous and boring…U2's fourth coming has set their music free to become the holy-owned subsidiary it always promised to be.”

“No Line on the Horizon is a mature, tender, reflective record of great musical variety, depth and beauty that could only have been made by four people who've experienced just about everything that life can throw at you. 32 years in, and the buggers are still worth every column inch that No Line on the Horizon's going to garner them. To say that U2 fans will love it is a gross understatement.  NLOTH is a very powerful record indeed.”

“If anything, No Line on the Horizon is the most conventional collection they have put together since the 1980s. Having sloughed off their earnest image on 1991's Acthung Baby, only to anxiously re-embrace it a decade later on All That You Can't Leave Behind, the band has spent much of their recent history in a state of nervous flux -- a period from which they have finally emerged with a record that adroitly brings together the best bits from their various incarnations.”

“Perhaps, after 25 years of qualified loathing and grudging admiration, I've learnt to stop worrying and love U2. After two drab albums, No Line on the Horizon marks a step change for U2. Although not quite the Achtung Baby-style leap promised by early reports, it is their most sexy and experimental work for more than a decade. A mix of lustrous electronica, Arabic instrumentation and revved-up guitar riffs, it sounds like a band having fun again.”

“No Line on the Horizon may not be a masterpiece, but it is unquestionably a very good, consistently strong collection that's every bit the match of their two huge selling albums of this decade, All That You Can't Leave Behind and How To Dismantle An Atomic Bomb. No Line on the Horizon is unlikely to disappoint the band's multitudinous fanbase. They haven't reinvented themselves as they have suggested, but instead play to their strengths. Fledgling bands with stadium rock ambitions could certainly learn a thing or two from this album.”

“That U2 have delivered a 12th studio album of such elegance and abandon at this stage in their career is quite remarkable. I'm not bigging up my buddies here. Nodding terms suits both parties. But I'd be remiss if I didn't highlight what I consider to be an artistic heart at the core of this new work that's unerring, fragile and true. Taken collectively, these songs are a serious piece of work. Impositional structures are overturned, yet songs build from one memorable hook to another as U2 push a few boundaries. The effect is to create layers of mystery which gradually unfold to reveal some brushstrokes of great beauty.”