U2 on the Horizon 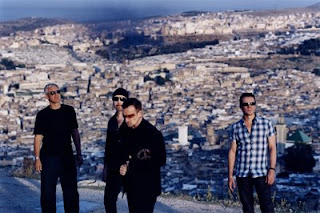 U2 announced today that their forthcoming 12th album will be called "No Line on the Horizon" and it will be released on March 2, 2009.
Finally! It's been 5 long years since the Dublin lads released an album and I have been going slightly mad...The fans are expecting an imminent release of the first single from the album, rumoured to be called "Get on your Boots". In the meantime enjoy U2's just-released cover of "I Believe in Father Christmas".
Posted by Unknown at 3:45 p.m.