I want my, I want my MuchMusic 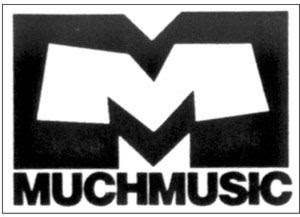 [from the Queen's University NewsWire]

New research by a Queen's University musicologist examines why Canadians are so attached to their music video station, MuchMusic, and why Canada is the only country in the world that has withstood the American MTV invasion.

In a new book, Coming to You Wherever you are: MuchMusic, MTV, and Youth Identities, music expert Kip Pegley compares content on MuchMusic and MTV, where she looks at the national, gendered, and racial constructs of the two stations. “When scholars – especially American scholars – talk about music television, the assumption is that they mean MTV,” says Dr. Pegley. “But after watching endless hours of MTV and MuchMusic, I realized that they were quite different and wanted to explore why MuchMusic was unique.” Dr. Pegley documents evidence to support why the MuchMusic audience feels more connected to their station than their MTV-watching counterparts: MuchMusic viewers feel like they’re taken in as a collective, rather than individuals.
Posted by Unknown at 1:55 p.m.