The Best of Unknown U2 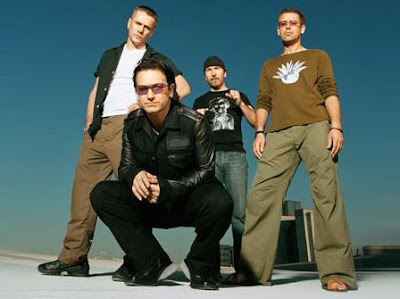 Here is my list of the top-10 U2 songs you've likely never heard. Here are 10 essential U2 songs that you would have never heard unless I pointed them out. In no particular order they are:
Mercy (2004)
Bono referred to this as "a six-and-a-half-minute outpouring of U2 at its most uninhibitedly U2-ish" in an interview with Blender magazine. A beauty, with some of Bono's finest lyrics.
The Ground Beneath Her Feet (2000)
A wicked collaboration. Lyrics by Salman Rushdie and music by U2. This song haunts me. My, oh my...
Electrical Storm (2002)
A song for a hot summer night. Love and hate collide in an electrical storm. A little gem.
Lady with the Spinning Head (1991)
From the "Achtung Baby" outtakes, no one can quite fugure how this didn't make final cut. From 4:36 onward I just want to fly forever.
Scarlet (1981)
This song reaches deep inside your heart and makes you want to believe again.
Original of the Species (2004)
A song for their daughters, U2 break my heart. You'll sing the chorus for days.
The First Time (1993)
I have always loved those moments when U2 figure out how to blow you away without much noise. This song is one of those moments.
Night and Day (1990)
Yes, yes, it's a cover of Cole Porter's timeless classic but U2 make it their own. Their best remake, hands down.
Heartland (1988)
From their juggernaut "Rattle and Hum", one of their finest recordings.
Drowning Man (1983)
The Edge considers this one of of the most successful recordings U2 has ever done. I agree. A song that was overlooked when "War" was released.
Bonus: check out The Edge's guest performance on guitar at a Wyclef Jean concert. The magic begins at 4:50. Wow!
Posted by Unknown at 3:53 p.m.